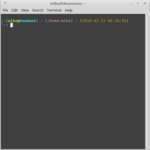 This is a fork of google-maps-services-js that removes as many core Node.js modules as possible to allow developers to use the library in React Native without the need for shims via projects such as node-libs-react-native, ReactNativify, or rn-nodeify.

The current implementation leverages axios to replace http/https and adds the following dependencies:

A detailed explanation of what was changed and why can be read here in my blog post here: Forking google-maps-services-js. It also goes into depth on what functionality was removed. For example, there is no cli anymore since that is not needed by React Native.

While this current works, there are several outstanding issues that I need to fix before this can be considered production ready. A short list of the biggest issues are:

The React Native Client for Google Maps Services is an axios backed Client library for the following Google Maps APIs:

Keep in mind that the same terms and conditions apply to usage of the APIs when they’re accessed through this library.

Note: You’ll need to have npm 2.7.0 or greater installed, since this library is hosted as a scoped package.

Make requests to the Google Maps APIs by calling methods on the client object.

For more usage examples, check out the tests.

Additional documentation for the included web services is available at https://developers.google.com/maps/.

Each Google Maps Web Service request requires an API key or client ID. API keys are freely available with a Google Account at https://developers.google.com/console. The type of API key you need is a Server key.

To get an API key:

For guided help, follow the instructions for the Directions API. You only need one API key, but remember to enable all the APIs you need. For even more information, see the guide to API keys.

When you have an API key, you can create a client object:

Google Maps APIs Premium Plan customers can use their client ID and secret to authenticate, instead of an API key.

Important: This key should be kept secret on your server.

In order to run the end-to-end tests, you’ll need to supply your API key via an environment variable.

This library is community supported. We’re comfortable enough with the stability and features of the library that we want you to build real production applications on it. We will try to support, through Stack Overflow, the public surface of the library and maintain backwards compatibility in the future; however, while the library is in version 0.x, we reserve the right to make backwards-incompatible changes. If we do remove some functionality (typically because better functionality exists or if the feature proved infeasible), our intention is to deprecate and give developers a year to update their code.

If you find a bug, or have a feature suggestion, please log an issue. If you’d like to contribute, please read How to Contribute.